How to Treat Acne in Men Fast 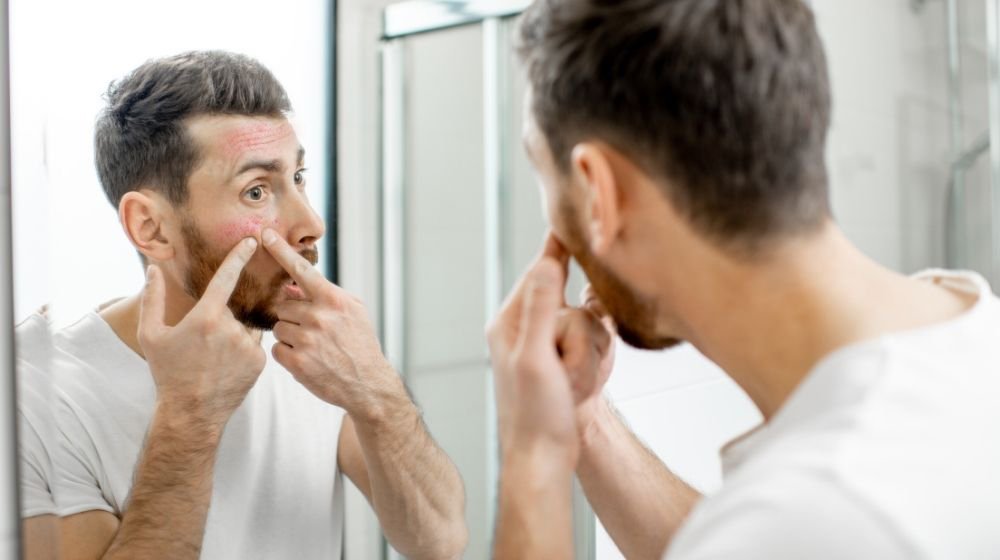 Acne may not be a lethal condition, but it affects self-confidence, especially when it leaves scars one after another. Find out how to manage acne in adult men.

Acne is the most common skin condition in the US. Adult acne or post-adolescent acne is more common in women than in men. Although it is more common in puberty because of the rise in male sex hormones, anyone can get acne.

However, you might wonder why acne persists even after your puberty years. Perhaps you seldom had it before, but now it exists. Here we explain how adult men get acne in their post-adolescent years.

Acne is a skin condition where hair follicles get blocked with dead skin cells and sebum or oil. Pimples occur when oils and dead skin cells form together and block the follicle, a canal that connects the pores and glands that produce oily substances. Bacteria aggravate this scenario causing inflammation and red pimples, also known as a zit. In short, acne is the condition, and a pimple is one of its symptoms.

Acne can be in the form of pimples, whiteheads, blackheads, nodules, papules, cyst, and pimples. Most pimples are found in different body areas, although men tend to have it on the face and back. 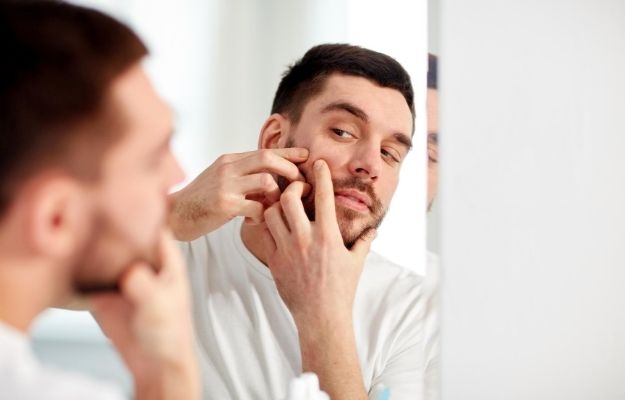 About 80% of people between 11 and 30 have experienced an acne outbreak. If you are one of the small percentages of male adults with acne, this may be caused by the following:

Androgenic hormones, specifically the male hormone testosterone, cause the overproduction of oils that clog the pores causing pimples.

Although stress alone does not cause acne, there is a correlation between acne severity, stress, anxiety, and depression.

Skin diseases such as acne may run in the family. Research suggests that individuals who have relatives with acne may have a significantly higher risk of having the condition.

High Glycemic foods are those that are quickly digested and absorbed by the body, causing immediate blood sugar spike. These are high in processed carbs and sugars such as cakes and ice creams. Blood sugar spikes may lead to inflammation that affects the occurrence of acne. In addition, high glycemic index foods may increase the overactivity of hormones responsible for oil production in the skin.

How to Treat Acne in Adult Males 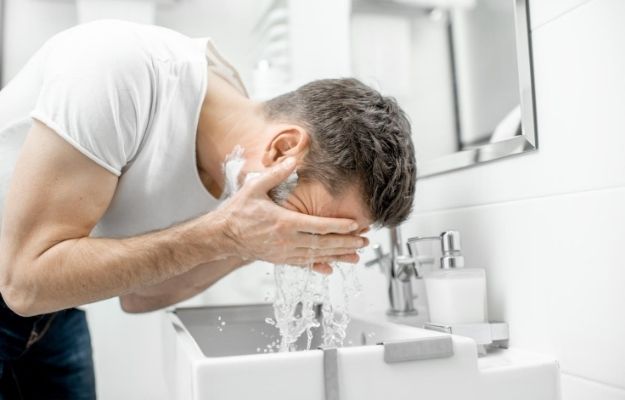 Unlike in women with menstrual cycles, male acne may be more unpredictable. However, you can treat acne with these pointers:

Never Ever Pop a Zit

This is the first rule in managing acne symptoms not only in males but for everyone who has it. It could be frustrating to see red and swelling blotches on the skin, and popping may be the instinctive way to get rid of it. However, popping a zit may result in infection and scarring. It is best to wait until it has a white or yellow top. Better yet, leave it to your dermatologist to handle.

Diet associated with high glycemic food intake has been shown to correlate with acne because of the increase in sudden blood sugar spike. According to a study, post-adolescent males with acne more commonly have insulin resistance. This may also indicate a future diagnosis of diabetes and hyperinsulinemia.

Reducing food with a high glycemic index may help reduce the symptoms of acne. Some examples of food with a low glycemic index that you may resort to include non-starchy vegetables (asparagus, cabbage, turnips), nuts, and beans and legumes.

the instinctive way to get rid of it. However, popping a zit may result in infection and scarring. It is best to wait until it has a white or yellow top. Better yet, leave it to your dermatologist to handle.

Use Products with Benzoyl Peroxide or Salicylic Acid

Topical products containing Benzoyl Peroxide, Salicylic Acid, and Azelaic Acid are some of the useful products that may help treat acne in men fast. Benzoyl Peroxide helps reduce the acne-causing bacteria by drying and peeling the skin. Salicylic acid penetrates deep into the skin and dissolves debris that clogs the pores. It also serves as an anti-inflammatory treatment for the skin. Azelaic Acid works on acne by killing the bacteria that affects the pores.

These are widely available in the market in the form of an ointment, facial wash, toner, gel, and pimple patches.

Men tend to have acne on the face and back area. Keep the facial area clean by gently washing twice a day and using non-occlusive moisturizers and sunscreen. Manage the back area through exfoliation using a back scrubber with a handle. This may reduce excess oils, sweat, and dead skin cells build up, especially when you work out.

When to Seek Help

Acne is a common problem among all ages and sexes. Acne in adult men may be caused by several biological and environmental factors and could be a sign of underlying sickness. Acne is treatable with over-the-counter topical treatments, or you may also consult your doctor for more stubborn acne.

Do you need help in managing the symptoms of acne? We at Opt Health provide personalized support and insights for your health concerns. Contact us today. 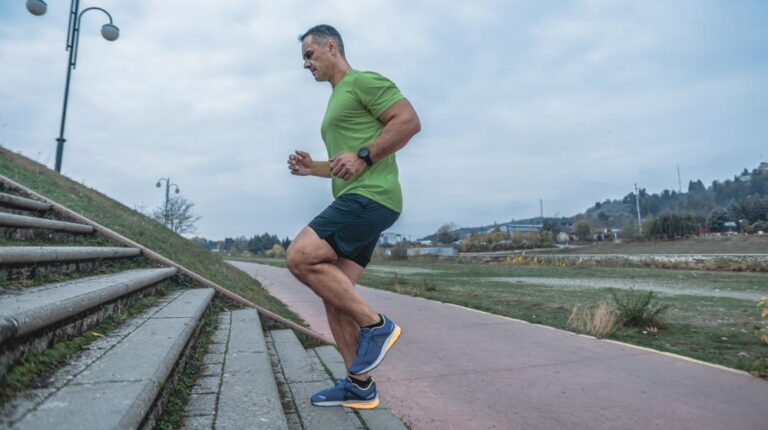 Going to a well-equipped gym is considered the most effective way to work out and build up your muscles for many people. However, you …
Continue reading 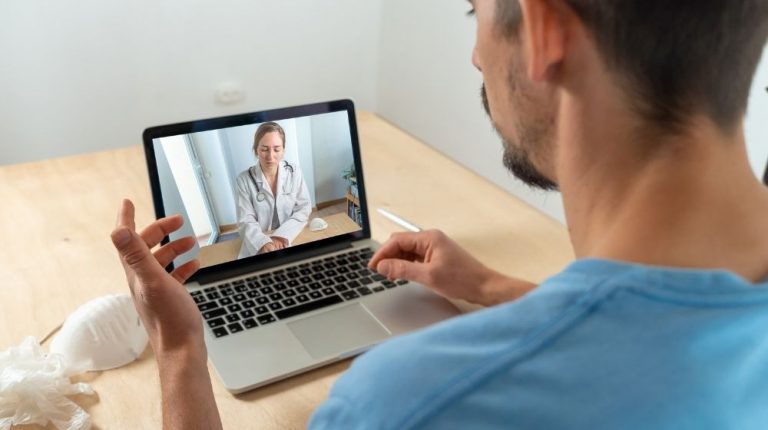 What is Telehealth? And What Are The Benefits?

With the current situation going on in the world right now, we turn to the advancement in technology and telecommunications to bridge the gap …
Continue reading 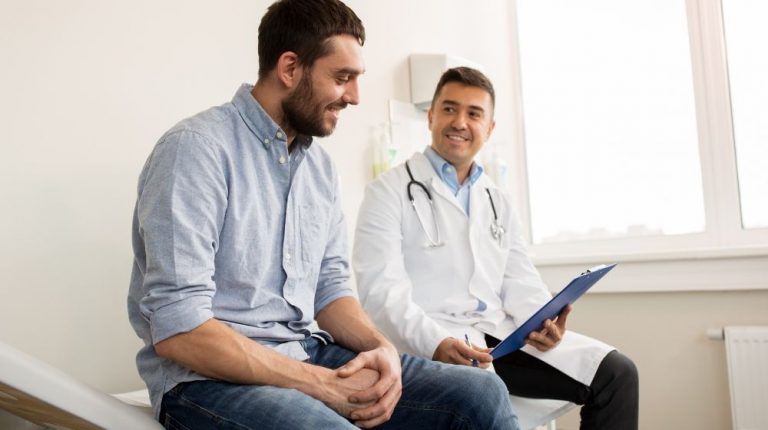 According to a 2004 study, preventable behaviors and exposures caused approximately half of all deaths in the United States in 2000. The leading diseases …
Continue reading 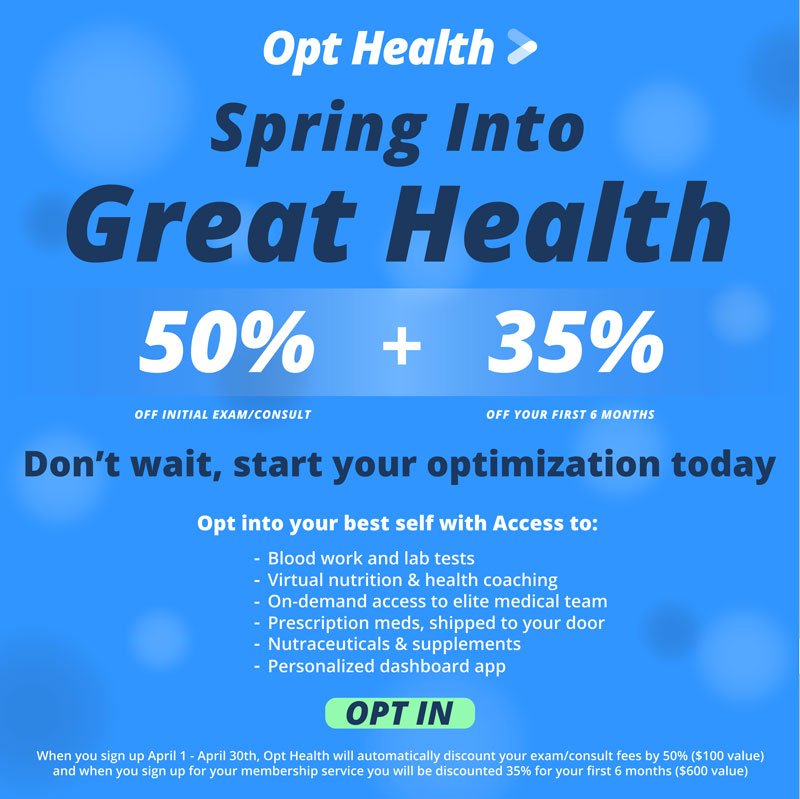