Is Gluten Bad for You?

Home » Is Gluten Bad for You?

Over the past decade, gluten-free diets have become increasingly popular. However, there is a lot of confusion about whether gluten is bad for you or just for those with certain health conditions. If you’ve found yourself asking “Is gluten bad for you?”, then this article will help you to unpack whether going gluten-free is right for you.
Of course, some people need to avoid gluten for health reasons, for example, those who are gluten intolerant or have celiac disease. However, many health and wellness influencers suggest following a gluten-free diet, regardless of health conditions. This has led to thousands of people worldwide giving up gluten in hopes of health benefits.

Often considered one singular ingredient, gluten is a collective term that refers to many different proteins (prolamins) found in wheat, barley, and rye. There are different prolamins, but they all have similar structures and properties. According to research, gluten-containing foods make up a large portion of our diet, roughly 5-20 grams per day in the Western world.
Gluten proteins can resist the protease enzymes that live in your digestive tract. If these proteins don’t fully digest, it allows for peptides (which are large units of amino acids) to cross through the wall of your small intestine into your body. This can trigger immune responses for those who suffer from certain health conditions.

What Does It Mean to Be Gluten Intolerant?

Gluten intolerance is an umbrella term that refers to three types of conditions:

Although the three types of conditions have some overlap, they differ significantly.

Impacting around 1% of the world’s population, celiac disease is an inflammatory autoimmune disease caused by genetic and environmental factors. It’s a chronic condition that affects many systems in your body but is considered an inflammatory disorder of the small intestine.
When someone with celiac disease ingests gluten proteins, it causes damage to enterocytes, which are the cells that line your small intestine. This can lead to intestinal damage, nutrient malabsorption, and symptoms like weight loss, anemia, skin diseases, and diarrhea.

Studies have shown that adopting a gluten-free diet can effectively reduce symptoms in certain health conditions. For example, research has shown that gluten may worsen symptoms of autoimmune conditions such as Hashimoto’s thyroiditis, type 1 diabetes, Grave’s disease, and rheumatoid arthritis. This is because autoimmune diseases may share the same genes
and immune pathways as celiac disease. In addition, due to the damage that gluten does to the small intestine, gluten has been shown to alter the gut bacteria in those that have IBS and IBD.

Is Gluten Bad for You? Should Everyone Be Gluten-Free?

Why Do Some People Feel Better After Cutting Out Gluten?

Many times, when people cut out gluten, they inadvertently improve their diets. Avoiding gluten often involves cutting out many processed foods such as fast food, baked goods, ready meals, and sugary cereals. So, by cutting out these foods, you’re not only avoiding gluten but also foods that are high in sugar, unhealthy fats, and calories.
Some people think that gluten and weight loss are linked, and ask questions like “Why is gluten bad for weight loss?” But it comes back to this accidental improvement in diet when many switch to gluten-free. People typically replace gluten foods with healthier options such as fresh fruit, vegetables, healthy fats, and proteins, all of which are going to add up to feeling healthier.

If you’re eating a healthy and balanced diet, it’s safe to follow a gluten-free diet, even if you don’t need to for medical reasons.

Is Gluten Really Bad for You and If So, Are Gluten-Free Products Good for You?

It’s important to note that gluten-free foods are very beneficial for those who suffer from gluten intolerance. However, they’re not necessarily healthier than food products containing gluten.
The relationship between gluten and health is still being researched all the time. While gluten has been linked to autoimmune, digestive, and other health conditions, it’s still unclear if there are benefits to a gluten-free diet if you don’t suffer from gluten intolerance. For now, only you can decide whether avoiding gluten is beneficial for you. If you choose to try a gluten-free diet, try keeping a food diary to track how you’re feeling.
If you think adopting a gluten-free diet could help you, consider speaking with a men’s health physician. Connecting with a doctor in a discrete setting at a time that suits you has never been easier.
Here at Opt Health, we’re a telehealth service specializing in men’s health and wellbeing. This means from your own home, you can schedule an appointment, meet one-to-one via video conference, receive test results, and have medication delivered. Most importantly, you can feel like you again. 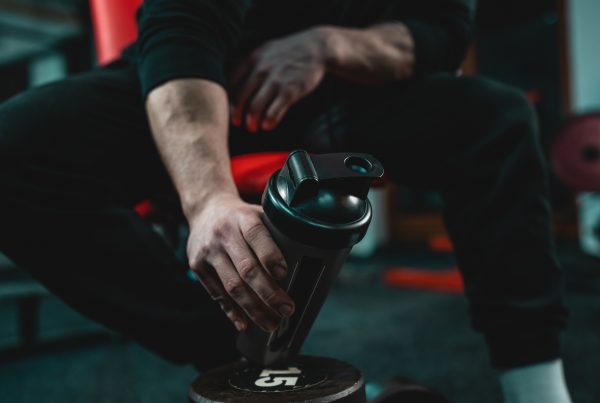 Does Creatine Help with Weight Loss?

The supplement creatine is just one of those things we associate with the gym. And…
Colleen Welsch 0 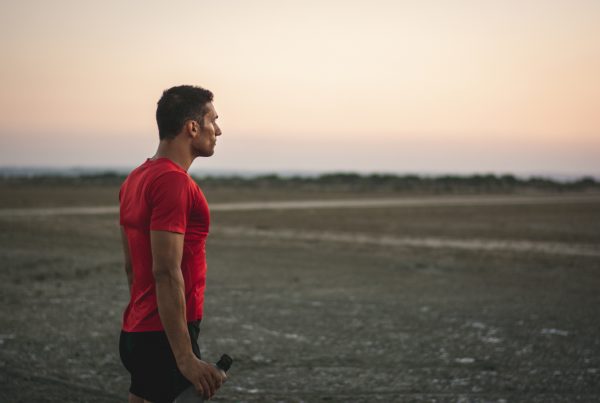 Should You Take Pre-Workout Supplements?